Batman: 10 Questions We Have About City Of Bane That We Want Answered Before It Ends

Batman’s City of Bane story has been epic, but it needs to wrap up a few loose ends. These are the biggest questions we want answered before it ends. 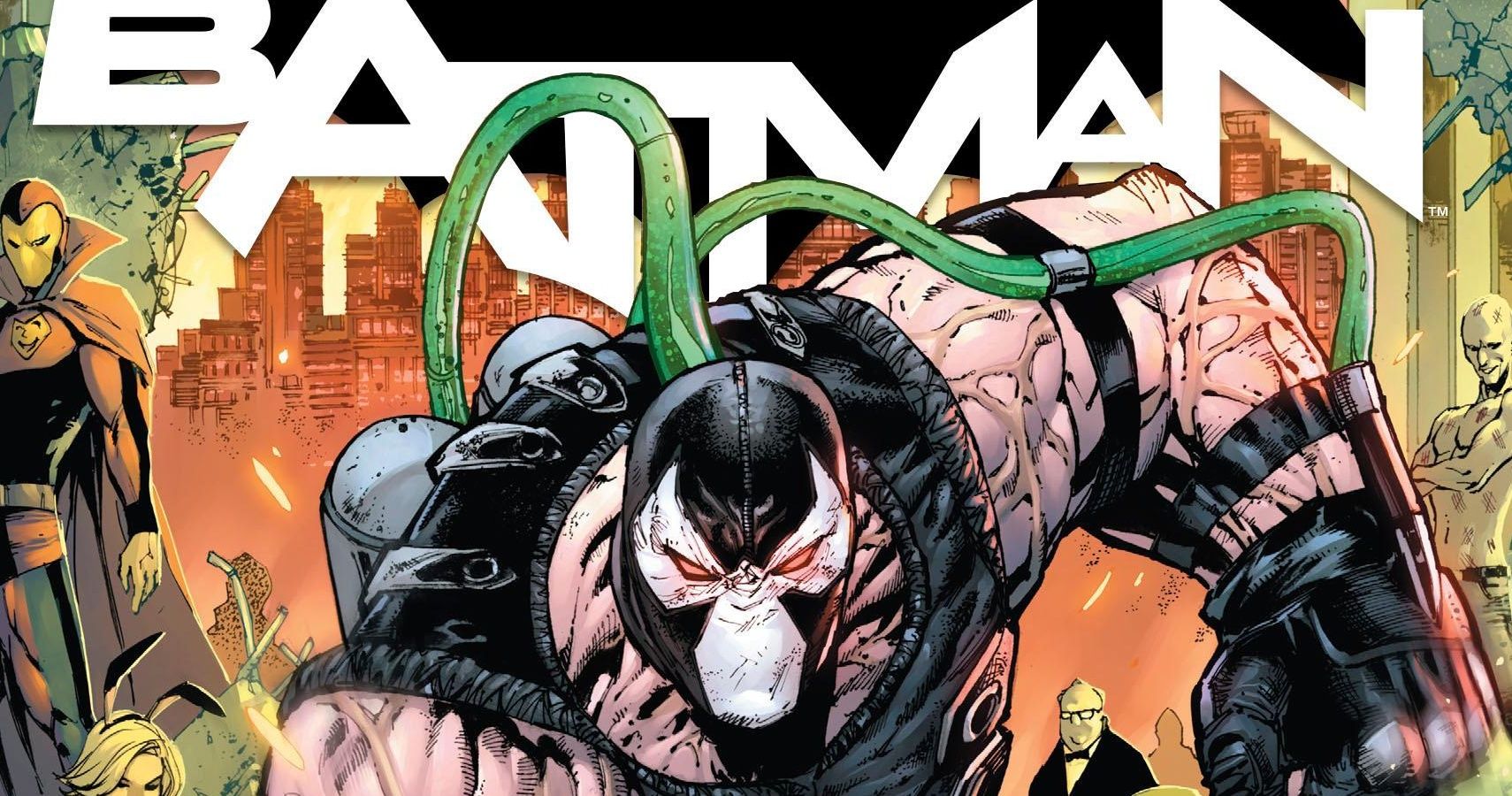 Tom King is getting ready to finish his 85-issue run of Batman. The final story, “City of Bane,” has been quite intense, feeling at some times like a tragic personal drama about the failings of the Wayne family and at other moments more like a classic epic event with huge changes to the status quo.

The story has definitely pushed the bounds of what comics fans expect from the superhero genre–something King excels at, having played with poetry, Russian folklore, and human psychology while writing Batman. With just one issue left before King finishes the story, there are still a lot of questions remaining. Here are ten questions that fans hope to see answered before “City of Bane” comes to an end:

10 Does Bruce Have A Plan To Save Alfred? 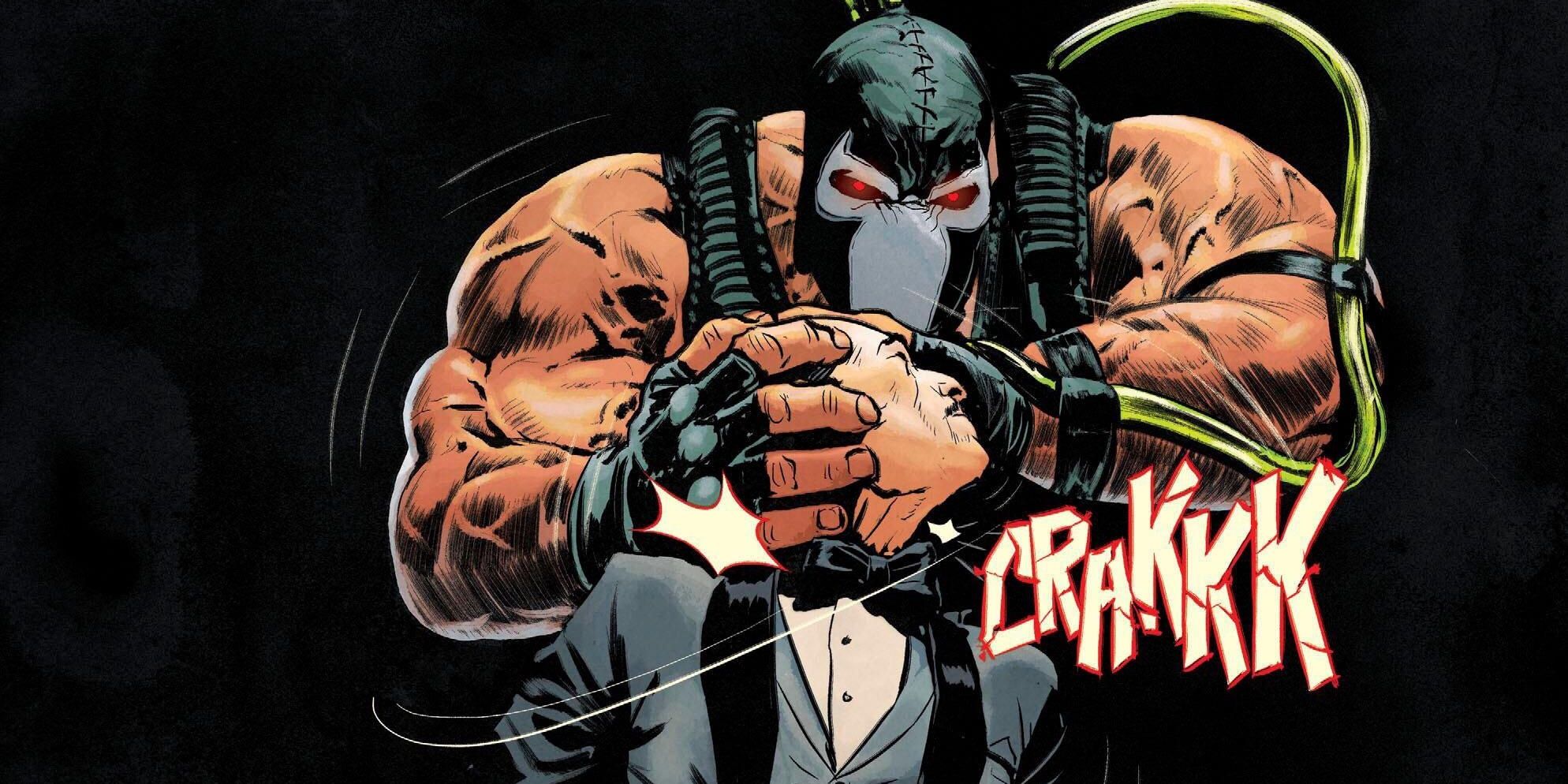 In the opening issue of the story, it’s revealed that the Thomas Wayne from the Flashpoint dimension teamed up with Bane and has been ruling Gotham as its new Dark Knight. Thomas Wayne held Alfred as a hostage, threatening to kill the butler if anyone entered the city without his permission. He also recruited Gotham Girl to help to keep the Justice League at bay.

When Damian infiltrated Gotham, Thomas caught him and thrashed him senseless, then made him watch as Bane snapped Alfred’s neck. Since Batman (which is to say, the real Batman, Bruce Wayne) supposedly has prepared for everything, does he have a contingency plan to help Alfred?

9 Why Did The Villains Become Cops?

The best stories suck readers in with a strong hook. “City of Bane” hooked fans at once as it opened with Riddler and Joker working as police officers, trying to solve a murder. They called in their findings to the commissioner who, it turned out, was Hugo Strange.

While showing the police had been replaced by such criminals as the Joker and Riddler made for a strong opening, it also left questions. Mainly: why? Why on Earth would criminals replicate cops? Yes, they submitted to Bane who wanted to control Gotham, but there are lots of ways to enforce one’s will on a populace without replicating the police. So why did Bane order this?

8 How Does This Fit Into Luthor’s Plan?

It is probably bad form to suggest all the big events happening in the DC Universe are going on in just three titles. Despite that, it seems to be the case, something last Free Comic Book Day’s promotional material alluded to. Beyond King’s run on Batman, the company has put a lot of marketing behind Brian Michael Bendis writing the Superman books and Scott Snyder’s work on Justice League–even dubbing 2019 the “Year of the Villain” to tie into the overarching plot of Snyder’s Justice League.

Lex Luthor gave major villains the resources to take down their nemeses among the heroes. Bane took over Gotham as a result. Is this just what Bane personally wanted or is it part of Luthor’s greater plan?

7 How Did Bane Recognize Thomas Wayne?

The 84th issue of Tom King’s Batman was written as a series of flashbacks, following Thomas Wayne further and further back along his own timeline. It showed him witnessing various key moments from King’s run and introducing himself to different villains whom he later recruited.

When he approached Bane in his alternate universe Batsuit, the Santa Priscan criminal looked at him and immediately “You are…his father?” Pretty lucky guess for the first try, especially since Bane knows Bruce Wayne is Batman and what happened to Bruce’s parents. How did Bane figure out Thomas Wayne’s identity?

6 How Can The Bat Family Do What Powered Heroes Can’t?

Bane declared Gotham his city and told the world it was off limits. Any hero who tried to enter was met by Gotham Girl, a superhero with godlike powers. Captain Atom put her to the test, trying to force his way into the city. A nuclear-powered superhero like Captain Atom is almost unstoppable, but Gotham Girl dispatched him effortlessly.

A little after that, Damian Wayne managed to sneak into the city. So did other members of the Bat family. Why could they enter the city but not heroes with powers?

Gotham Girl and Flashpoint Thomas Wayne seemed to be incredibly close. When she couldn’t get any more of the special version of Venom that gave her her powers, Thomas tenderly looked after her, comforting her and urging her not to push herself.

Thomas has said his main goal is to stop Bruce from becoming Batman to help give his son a better life, but Thomas also shot Bruce, beat Bruce’s son to a pulp, and worked alongside Gotham’s worst criminals against them. If he treats his son and grandson that way, what is the nature of his relationship with Gotham Girl?

4 Why Did The Whole Bat Family Ceremonially Stand Around For Thomas Wayne?

The majority of Batman issue 83 dealt with Bruce Wayne grieving the loss of Alfred. After being shot by his father, Bruce woke up in his costume sitting at a dining room table opposite the dead butler. He tenderly carried Alfred’s body to the couch, laid him down, and pulled a blanket over him. Then pain gave way to rage and he screamed, smashing the furniture in his tear-filled grief.

Finally, Catwoman came and got him. She told Bruce “He said you’re ready”–the him in question apparently being Thomas Wayne. Catwoman led Batman into another room, where, flanking the door in two rows, stood the rest of the Bat family. Having just recently fought Thomas Wayne, why would they now do his bidding?

3 Is Bruce In Two Places At Once?

This question is tied to the events of Scott Snyder’s Justice League. At the end of Batman issues 81, Detective Harvey Bullock, beaten and with a dart board painted on his chest, looked up to the sky and the symbol of Doom filling the night above. This happened after the Legion of Doom won in their battle against the Justice League in Snyder’s title.

Now, time travel is part of Snyder’s Justice League story, so there is a little wiggle room, but one has to wonder how Batman can be in Gotham reclaiming his city after spending months recovering from earlier injuries while also working with the Justice League to stop the Legion of Doom. Justice League 34 also showed Batwoman on a gargoyle over Gotham at the moment the symbol of Doom appeared, despite her having just been beaten up by Thomas Wayne in the Bat cave. Is this a time anomaly or a just plot hole?

2 Does The Flashpoint Timeline Still Exist?

In Batman issue 84–the second to last issue–Flashpoint Thomas Wayne’s past was fleshed out a bit more. His appearance in recent stories has been quite a mystery, since the entire timeline of the Flashpoint event was destroyed at the end of the Batman/Flash crossover story “The Button.” As the world around him faded to white, he charged forward into oblivion.

Since he didn’t die, one can ask whether his reality also survived. While it was implied that Reverse-Flash might have saved him, the sheer amount of time travel involved in Flashpoint and “The Button” make it impossible to know what happened. Whatever the case, running generally isn’t enough to escape the collapse of space-time, so the fate of the Flashpoint reality is still up in the air.

1 What Changed The Flashpoint Timeline’s Past?

In the original Flashpoint timeline, Oswald Cobblepot worked at the Wayne Casino, helping Thomas Wayne with security. He didn’t appear in a major way in the main story, but was one of the primary supporting characters of the tie-in comic Flashpoint: Batman – Knight of Vengeance. In another spinoff comic, Flashpoint: Citizen Cold, that reality’s version of Captain Cold killed Mister Freeze.

However, Thomas Wayne killed both Freeze and Cobblepot in flashbacks seen in “City of Bane.” Does this mean that the history of the Flashpoint timeline has been altered? If so, that would be ironic, as Flashpoint was the alternate timeline out of which all future DC events emerged.